September 28, 2013 in Social policy by Alan Larkin | No comments 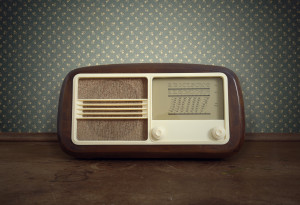 Do not adjust your radio: back to the future

I am still digesting the news that David Cameron has proposed a married couples tax break which has been spun to the press as being worth £1,000. I really thought I had tuned my radio into an announcement transmitted in the late 1950’s which had, mysteriously, taken all this time to reach my DAB radio.  It is a tax allowance, so the net effect, provided both spouses are not higher rate tax payers, will be a saving to the couple of £200 a year.  The papers and news sites were full of it over the weekend:  see The Independent.

I have found myself slowly stewing with anger as the proposal has sunk in.  Why?

Firstly, I have to acknowledge that the proposed tax allowance will be available to gay couples provided they are in a registered civil partnership.  I give credit to the Prime Minister for having previously nailed his colours to the mast of gay marriage and risking the alienation of large swathes of his own party.   So what’s my beef about Dave’s long-promised plans to favour the status of marriage in the tax system?

Here’s what’s rubbing me up the wrong way about the married couples tax break:

What a tawdry, tweedy little policy.  How shabby it looks in the light cast on it by the free school meals announcement.  I suppose co-habitees should at least be grateful that their kids will not be discriminated against at the school dinner table.