You are currently browsing the archive for the Companies category. 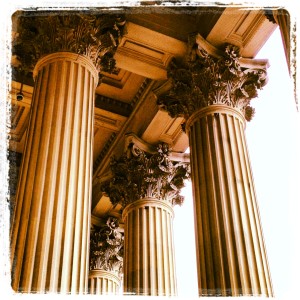 Prest v Petrodel: Piercing the corporate veil in divorce (not)

Plate sin with gold,
And the strong lance of justice hurtless breaks;
Arm it in rags, a Pygmy’s straw doth pierce it.
King Lear, 4.6.170

If you are considering piercing the corporate veil in divorce proceedings, you will need more than a Pygmy’s straw.  The Supreme Court has delivered an important judgment today for family lawyers.  It is the usual heady, divorce cocktail of naughty husbands, big, big money; opaque companies; and imploring wives.  Spoiler alert: justice and fairness win out in the end.

My previous post about this case  Prest (Appellant) v Petrodel Resources Limited & Others (Respondents) [2013] UKSC 34 carried a lovely quote from the Court of Appeal judge who feared that husbands with assets sheltered by company status would be given “an open road and a fast car” to defeat the reasonable claims of their wives on divorce.  The case had alarmed many family lawyers who fear that some spouses will hide certain assets – assets that should form part of the matrimonial pot for division – within company structures.  In other words, the family assets would lie behind the corporate veil and the law would be reluctant to allow the piercing of the corporate veil in divorce.

In this particular case, the husband, Mr Prest, owned the companies and when the High Court first dealt with the case, the Judge ordered some of the company properties and shares to be transferred to the wife, Mrs Prest.  The husband appealed to the Court of Appeal and argued that the orders should not have been made since the court had failed to distinguish between the husband as an individual and the companies of which he was the sole shareholder.   The husband reminded the Court of the long established legal principle that a company has a ‘legal personality’ which is independent of its shareholders.  The shareholders of a company have no interest in or entitlement to the company’s assets.  Therefore, the High Court had made a fundamental mistake when it ordered that the husband was entitled to the properties and shares in his companies and could therefore simply be ordered to transfer them to his wife.

The Court of Appeal agreed with the husband.  Cue: gnashing of teeth from family lawyers who labelled it a ‘cheat’s charter’.  There was to be no piercing of the corporate veil in divorce. The wife appealed and The Supreme Court has now considered the matter: the judgment was released today (12th June, 2013).

Scores on the door

The family court does have the power to order that “a party to the marriage shall transfer to the other party… such property as may be so specified, being property to which the first-mentioned party is entitled…”  As the Supreme Court acknowledged today, the ability of the court to exercise such a power of property transfer requires “a considerable measure of candour by the parties in disclosing their financial affairs”.  Unfortunately for the wife, the court described the husband’s conduct of the proceedings as being characterised by “persistent obstruction, obfuscation and deceit.”

The Supreme Court, like the High Court and the Court of Appeal, before it,  has decided that the piercing of the corporate veil in divorce proceedings will only be tolerated in exceptional circumstances, which would normally involve the husband acting improperly.  Now, there may be a few of you out there scratching your heads and thinking “surely, persistent obstruction, obfuscation and deceit amounts to improper behaviour?” Well, it is certainly improper, but the Supreme Court found little evidence that the companies were set up to frustrate the wife’s matrimonial claims.  Instead, the Supreme Court found that the companies were set up as a form of wealth preservation and tax mitigation.  Additionally, the court concluded that there were remedies available to the wife, such as the transfer of the properties owned by the companies, that would, and should, allow the court to stop short of piercing the corporate veil.

The Supreme Court was clear that the family court enjoyed no special rights, in attempting to provide justice and fairness to spouses, above any other court division.  As Lord Sumption, providing the leading judgment,  states:

But, the Supreme Court still came to the wife’s rescue by finding that the seven properties were owned “beneficially’ by the husband even though not in his personal name.  This meant that the court, using its family jurisdiction, could transfer the properties to the wife and did not need to think about using a lance, or a Pygmy’s straw to pierce the corporate veil.

Interestingly, the Supreme Court emphasised the existence, and usefulness of, the family court’s ability to draw adverse inferences from the husband’s failure to make proper disclosure of his finances.  In effect, the court could speculate as to why the husband might be trying to hide the reality of his financial affairs which is not a function you will find in civil (non-family) litigation.

Despite the pragmatic outcome of this case, the Supreme Court went on, Lord Neuberger in particular, to consider whether the piercing of the corporate veil, could be said to exist as a doctrine.  Lord Neuberger said it did exist.  But in what circumstances should it be deployed by the courts? Lord Neuberger declares:

I welcome this judgment.  Like other commentators, I am pleasantly surprised at the fairness of the outcome.  However, I do not share the general gush of enthusiasm exhibited by some.  I do not see this decision as groundbreaking or even great news for wives in general.  This judicial approach could be summed up as: let’s exhaust all the other options first.  If everything else fails, we’ll blow the dust off the doctrine and give it a spin but only if the husband is a lying git of the highest order.  And you have the dosh to stay the legal course.

The last word on the topic of piercing the corporate veil in divorce I leave to James Turner QC.  I asked James today for an off the cuff response to the judgment and, despite being extremely busy, as usual, he graced me with a sensible, and level response.

“This is an unexpected result, but it is pleasing to see that the courts are doing what they can to prevent a divorcing spouse from avoiding true justice.  However, it may create problems in future cases when deciding whether or not to join companies and trustees as parties, with the consequential expense of such a course”.