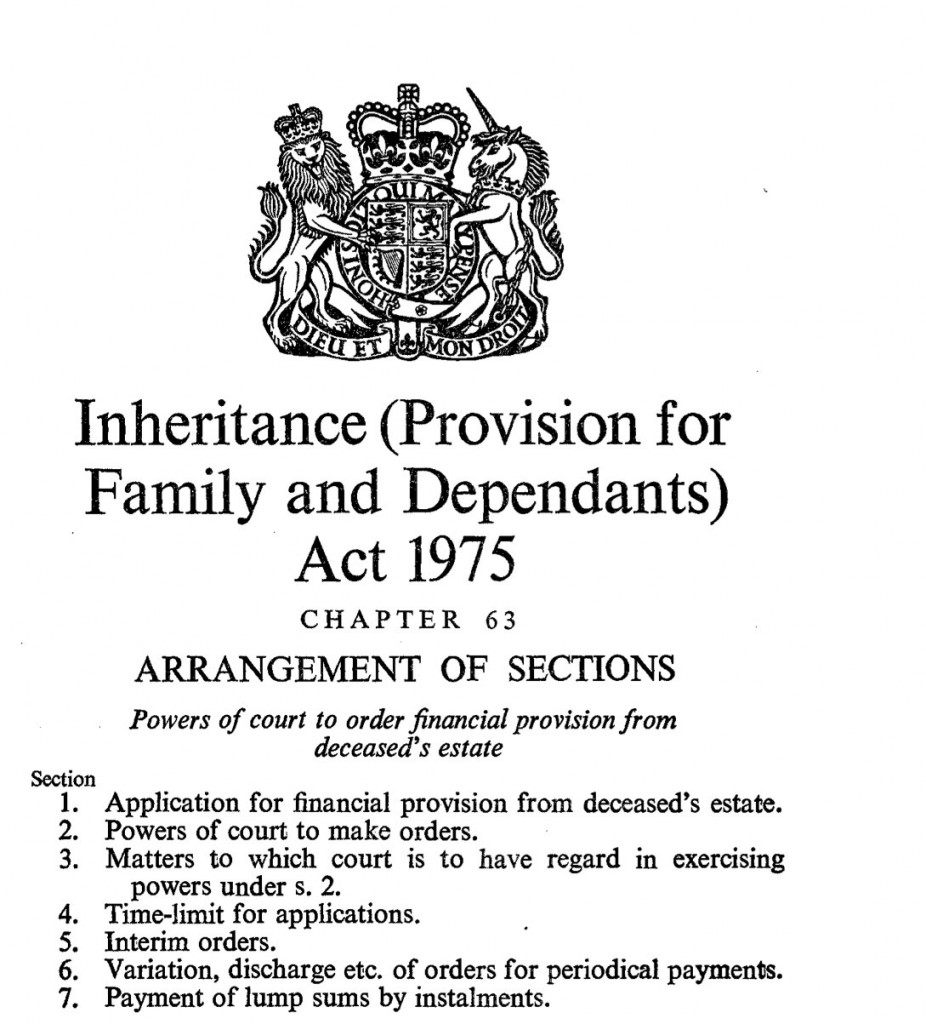 My virtual post bag brings me a very sad enquiry involving potential Inheritance Act claims. I will refer to my enquirer as ‘C’ – who tells me:

My ex husband died by suicide a couple of weeks ago, I have custody of our 2 children 14 and 16 years old. We had a maintenance agreement for many years, however last year he lost his job so my maintenance payments stopped. However in our divorce/maintenance papers it states that a provision has to be made in his will to support his children should he die.

Now I have never seen his will and have no idea what it states or even if there is a will. He remarried a few years ago. I nor my children has NO relationship with his wife to the point where his children have not been invited to his invitation only funeral. Due to the lack of maintenance for the past year I have no funds to engage a solicitor to help me, so I have been reading as much as possible online where I came across your site. How can I

2) What can I do if there is no provision or will?

I know you cannot give me personal advice but any suggestions of where I can start would be gratefully received.

What an awful situation for all involved.  It is particularly sad to read that C’s children will not have the opportunity to say goodbye to their father at the funeral. The death of a parent at their age will be very hard on them and the particular circumstances of the death doubly so.  I sincerely hope that the children will be able to make their farewells in due course in a manner appropriate and helpful for them.  C and her children may obtain assistance from the Childhood Bereavement Network which has a helpful directory of local services across the country.

As C recognises, I don’t provide legal advice on this blog.  And, in this case, as in so many others, I am not in possession of all the information.  But I can make observations of a general nature which may help C, her children, and others who find themselves in similar positions.  It is likely that a number of potential Inheritance Act claims arise.  By Inheritance Act, I am referring to the Inheritance (Provision for Family & Dependants) Act 1975.  Have a look at my previous post on a query involving the Inheritance Act for more details.

Next steps for C?

It would be prudent for C to consider the following action:

I hope this post provides C with some assistance.