Premarital cohabitation in a short marriage

August 3, 2013 in cohabitation by Alan Larkin | No comments 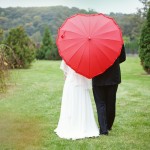 I recall some years ago, a client asking me to assist her with a divorce.  She had only been married for 8 months. I told her, of course, that English divorce law required her to wait until the marriage was at least 12 months old before she could initiate a divorce.  (There were no grounds for seeking a nullity of the marriage which does not require an applicant to wait).  Then she hit me with the bombshell: she and her husband had lived together as cohabitants for 22 years before getting married.  I had to quickly change my focus and try to explain to her the impact of premarital cohabitation in a short marriage.

To the virtual postbag…

The case I mentioned above came to mind when looking into my virtual postbag this week.  K sent me the following:

Having a short marriage extended by the addition of premarital cohabitation years is hugely important.  The significance is that in the absence of children, in a short marriage, the court will probably find it easier to provide divorcing spouses with a clean break.  But the longer the marriage the more likely it is that the court will look more closely at the division of capital and the requirement for one spouse to have spousal maintenance after the divorce.  It is often the case that one spouse has brought a capital asset into a marriage, usually in the form of a house.  Bringing a house into a marriage could be seen as a form of capital contribution.  At the point of divorce, spouses will often argue that such a contribution  should be ‘ring-fenced’ and ask that they be allowed to retain the value of the contribution itself.   However, it will become harder for a spouse to argue that they should be allowed to keep their contribution or, the greater part of the value of their contribution, the longer the marriage goes on.  This is because over the course of a long marriage, with the joint endeavours of both spouses to build up capital and income within the marriage relationship, the contribution at the start of the marriage will appear more and more insignificant.

I do not know about K”s daughter’s situation.  I do not know if there are children in this marriage.   The existence of children, and the prioritisation of their needs by the family Court, will trump most arguments about ring fencing of contributions at the start of a marriage.  Also, if the husband in this case was the main carer of the children while K’s daughter went out to work, then his contribution as a home maker and provider of child care for the children will be regarded as just as important as that of breadwinner.  With the existence of children, the home that may have been in the name of one party only before marriage, evolves over time into the matrimonial or family home.  The family court may therefore regard it as impossible to do justice to both spouses, and the children, if they allow one spouse to ring fence the contribution from many years ago.

I think it is crucial for K’s daughter to establish whether the work carried out on the home was during the period of seamless cohabitation leading up to the marriage. If the husband was just staying at the weekends when this work was carried out then that is unlikely to be regarded as pre-marital cohabitation.   The husband in this case may have paid monies towards the mortgage and therefore argue that thsi increases his  interest in the property.  It is important to note that the marriage itself will probably steer the family Court towards looking at the situation for this couple ‘in the round’.  By that, I mean that the family court is less likely to be interested in looking at receipts from B&Q or Homebase from seven or eight years ago to see who paid for paint or white spirit.  The family Court will take a ‘broad brush’ approach (no decorating pun intended) to sorting out the competing financial claims on divorce.

I have written before about the impact of cohabitation in family law cases.  Cohabitation is relevant in the cases of spouses who have lived together before marrying but also in the case of spouses who divorce (and receive spousal maintenance) and then live with another partner.  In my humble opinion, the UK government has failed to provide a legislative framework that can assist the millions of couples who now cohabit rather than get married.  This lack of political will in the face of this profound social change, contributes to inconsistent judicial thinking on cohabitation issues when they arise in the context of divorce financial settlement.