January 14, 2013 in Uncategorized by Alan Larkin | No comments 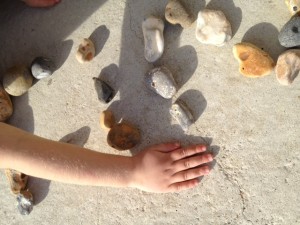 The law on Deceit put to an unusual use

I have had cases of divorce or cohabitee separation where fathers have sometimes cast doubt on the paternity of the children they have brought up in the relationship with the mother.  In most instances, the doubts expressed are quickly abandoned, since most stem from anger at receiving a letter from the CSA following a very short relationship indeed.  Not many fathers insist upon having their paternity genetically determined.   So I was surprised to see a sobering (and sad) article about a man who sued his ex-wife for letting him believe that the children from her affairs were actually his.

The ex-husband succeeded in winning damages of £25,000 for deceit.  He had maintained the children financially after the separation and divorce believing himself to be the biological father.  It appears from the article that the court awarded the damages at a level equivalent to the feeling of ‘bereavement’ the ex-husband would have experienced when finding out he was not the father.

There is insufficient detail in the article for me to comment further but it would appear that the ex-husband’s legal claim was under the  under the Tort of Deceit (a Tort is a civil ‘wrong’).  The article reminded me of my law student days and the leading authority on Deceit which was then Derry v Peek (1889).  Lord Herschell , in that case, said:

“First, in order to sustain an action in deceit, there must be proof of fraud and nothing short of that will suffice. Secondly, fraud is proved when it is shown that a false representation has been made (1) knowingly, (2) without belief in its truth, or (3) recklessly, careless whether it be true or false”.

I can only imagine the impact on this ex-husband and also his step-children upon discovering the truth.  How awful it will be if this revelation destroys the relationship he may still enjoy with the children who formerly looked upon him as their father.