An open road and a fast, corporate car. 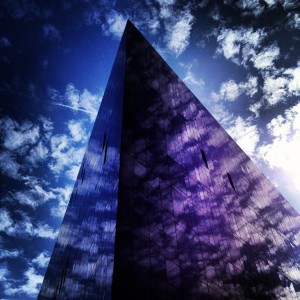 Are company assets now beyond the reach of the Family Court?

How does the family court deal with a divorce financial settlement when one of the spouses, usually the husband, is suspected to be in control of valuable assets that are held by his companies?  If a family court decides, for instance, that it wants to make an award of £500,000 to a divorcing wife, but £400,000 of that sum is locked up in a company, how can the court get its wish?

Well, until a recent Court of Appeal decision in the case of Petrodel Resources Ltd & Ors v Prest & Ors [2012] EWCA Civ 1395, the family court could order the transfer of assets owned by such companies or even company shares to the wife.  In this particular case, the husband owned the companies 100% and when the High Court first dealt with the case, the Judge ordered some of the company properties and shares to be transferred to the wife.  The husband appealed to the Court of Appeal and argued that the orders should not have been made since the court had failed to distinguish between the husband as an individual and the companies of which he was the sole shareholder.  The husband reminded the Court of the long established legal principle that a company has a ‘legal personality’ which is independent of its shareholders.  The shareholders of a company have no interest in or entitlement to the company’s assets.  Therefore, the High Court had made a fundamental mistake when it ordered that the husband was entitled to the properties and shares in his companies and could therefore simply be ordered to transfer them to his wife.

The Court of Appeal agreed with the husband.  The decision was not unanimous: it was a 2:1 majority.  The dissenting Judge was worried that husbands with assets tied up or sheltered by company status would be given “an open road and a fast car” to defeat the reasonable claims of a wife on divorce.

It is fair to say that most family lawyers I have spoken to are astonished (and concerned) at the Court of Appeal’s decision.  It is common in some marriages to stick matrimonial assets into company ownership for tax and financial planning reasons.  If this decision by the Court of Appeal stands, I can imagine that some wives will be nervously reviewing the matrimonial financial arrangements to find out if that fast company car disappearing down the highway has its boot full of the family silver.

If this Court of Appeal decision stands it is difficult to envisage how a family court can achieve fairness in circumstances where a husband (perhaps by calculation) is at the steering wheel with the pedal to the metal.  Thankfully, both for justice and my motoring metaphor, the case has now been appealed to the Supreme Court where I sincerely hope Baroness Hale has constructed a roadblock and is armed with high explosives.  I just hope Her Ladyship remembers she is only supposed to blow the bloody doors off.