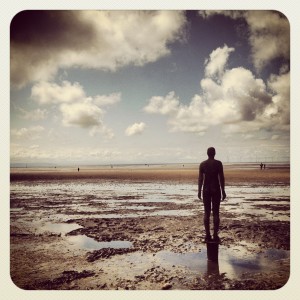 Stranger on the shore: the significance of the cohabitee

How does cohabitation affect divorce settlement?  How does it affect my imminent divorce or the payment of spousal maintenance payments?  The vexed questions surrounding cohabitation usually cause a bulge in my virtual postbag.  The common scenario is as follows: there is a divorce and one spouse pays maintenance to the other.  The spouse paying the maintenance moves in with a new partner, often with a new family.  The new family struggles financially, and the ex-wife refuses to settle for reduced payments.  Years after the divorce, resentment festers on both sides, often crystalising about this time of the year when one ex seems to be able to go on a ‘swanky foreign holiday’ whilst the other contemplates a day trip to Butlins with packed lunches all round.

I think it is difficult enough for ex-spouses trying to get on with one another in a post-divorce world with the difficult issue of the maintenance order that goes on and on (and on).  But at least there is resolution of a sort for those who have dissolved their marriages and been given their financial orders.  So spare a thought for those whose divorce or financial proceedings appear to have dragged on for years, outliving Government administrations and Take That comeback tours. How can you plan a life with a new partner when the legal obligations for your previous spouse (and the children you’ve had together) have not been put to bed?

Sinead contacted me recently and this is her query:

I have read your blogs on co-habitation after a divorce where the person recieving maintenance etc has gone on to live/marry etc and how this affects the level of maintenance paid. How does it work the other way round?

My partner (of 7 years), separated 71/2 years ago, divorced almost 2 years ago is currently going through the throws of financial settlement. He has 2 adult children and a 10yr old. The 10yr old currently lives with his ex wife in the old family home. He has continued to pay the mortgage/endowments on the family home and cleared many joint debts throughout this period (equates to about 75,000 to date). He was retired from the army 2 years ago with a pension and lump sum. He has not had work since. The lump sum has now all gone (living costs and paying debts etc mentioned above) and his monthly income does not cover his outgoings if he continues to pay the mortgage etc on the family home. As a consequence I am now supporting him (and as such payments to his ex wife!) – I am on a reasonable salary, almost paid off the mortgage on my house and have substantial savings (I had the misfortune of losing both parents and inheriting as well as having saved my whole working life) I have 3 children of my own that I support independently from my partner.

Will this have any influence on the likely award to the ex wife? (with her salary and benefits she brings home about the same as my partner) or will his financial status be looked at independently?

Well, the first thing I should say is that it is always difficult in matrimonial settlement cases to isolate maintenance claims from capital claims.  Each marital settlement needs to be viewed as a whole. The existence of a new relationship, especially one of cohabitation is a fraught issue.  The cohabitant is not one of the legal parties to the divorce but their presence, like that distant stranger on the shore, is hard to ignore.   I have been critical of the way in which the courts presently deal with committed cohabitation where the receiver of maintenance (after a divorce has been granted and a financial order given) is able to pool resources with a new partner and still receive substantial maintenance from their ex.    But Sinead’s case deals with a situation where the financial settlement has not been achieved and there is no financial order yet.    With this thought in mind I can offer the following observations:

Sinead will probably want to keep her capital savings separate from her new partner until (and even after) his financial settlement is resolved.  She will not be thinking of giving her partner a share in her own property.  After all, she has her own children to think about and prioritise.   She may well be asked by the ex-wife’s solicitors (via a request to her partner) to give disclosure of her financial means so they can gauge whether she really does represent a resource that should be taken into account.  Sinead does not have to provide detailed disclosure but may consent to provide a headline figure for her net income and her net capital.  It would be prudent, however, to state that Sinead does have three children to maintain with her income and there is no legal obligation upon her whatsoever to support her partner or, indirectly, his ex-wife.

Sinead may, if she sought legal advice, be told to have a cohabitation agreement with her new partner or, if she plans to marry him in due course, to have a pre-nuptial agreement.  So the answer to the question: “How does cohabitation affect divorce settlement?” is “It depends on the facts in each case”.