July 11, 2012 in Self-Representation by Alan Larkin | No comments 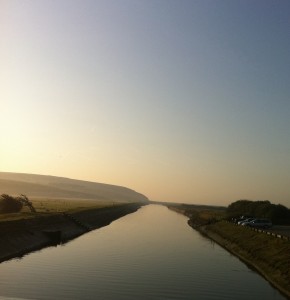 Is that the high road or the low road?

Family lawyers are still pondering how the family justice system is going to cope with the withdrawal of legal aid for divorce financial proceedings and the growth of self-reppers or Litigants in Person. The Government appears keen to take the family lawyers out of the equation if at all possible. It even appears keen to take the State out of the equation judging by the anticipated new statutory child support scheme slated to commence in October of this year and the renewed drive to divert potential litigants towards mediation. This new statutory child support scheme will, by the way, re-double its efforts to encourage parents to reach their own maintenance arrangements. I have no quibble with that aspiration but sufficient resources need to be retained by the State to assist those people who cannot resolve their own differences whether it be arising out of divorce, the separation of co-habitees, or general child welfare issues.

There have been developments north of the border (that’s Scotland, for those of my readers based outside the jurisdiction of the English court) that might have Kenneth Clarke, Secretary of State for Justice, very excited.  To explain his potential state of jurisprudential arousal, I should remind my readers that the traditional forum for settling differences between warring spouses or partners is the family court.  But the constant pressures on legal aid has meant fewer lawyers and more self-reppers in the precincts of the court.   The court administration (and Ministry of Justice officials)  know that the level of self-representation will rise, and one way of assisting such self-reppers (and prevent court business from grinding to a halt)  is to allow them to bring to the court a McKenzie Friend. I referred to McKenzie friends in one of my previous posts, which was intended to provide help and guidance for self-reppers.

But there are restrictions on what a Mckenzie friend can do in court. They can whisper in the ear and provide moral support and guidance.  But, most importantly, they are not court advocates and therefore not in court to represent the litigant in person. I have come across services that advertise themselves as a professional McKenzie friend, by attending court and completing court forms. Some services even offer to negotiate settlements for spouses which is certainly beyond the role most judges would expect the Mckenzie Friend to perform. It is not clear what training, qualification or experience underwrites the quality of such services. So the McKenzie Friend can perform a useful function but cannot speak on behalf of the self-repper in court. That would amount to court advocacy and, presently, only a tightly defined group of professionals can hold themsleves out as court advocates: solicitors, barristers and legal executives being the best known examples.

So back to Scotland: I hear that the Scottish Parliament has enabled legislation which will allow Mckenzie friends to speak on behalf of litigants in court proceedings.  It would appear that the move, if successful, is a direct response to the fact that an increasing number of people cannot afford lawyers to do the honours in court.  This is very big news.  Even bigger if Mr Clarke likes what he sees and wants to import the model to the English and Welsh jurisdictions.  Get rid of legal aid.  Get rid of bleating lawyers.  Bring on the McKenzie friends.  Perfect.  No doubt, this new breed of McKenzie friend will be highly trained.  No doubt, they will be masters and mistresses of the relevant law, court procedure and, in the matter of family law cases, deeply appreciative of and responsive to, the various stages of denial, anger, grief and acceptance that mark the psychological terrain of the average family law client.

And, no doubt, these advocate McKenzie Friends will be insured to the hilt in the unlikely event their clients feel they have got it wrong.