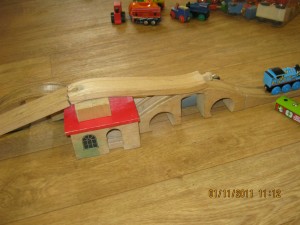 When couples separate or divorce, their respective family lawyers, if involved, will try to  agree a financial settlement and, as ever, the issue of child support is usually first on the list.  Some parents may have agreed upon shared care arrangements so that the child or children spend extensive periods of time with both mum and dad.

In such arrangements, the child support needs to be more ‘fluid’.  It should, if possible, reflect the fact that the financial burden under such shared care arrangements will be more evenly distributed between two households.  So, the black and white distinction used by agencies such as the CSA, for the ‘parent with care’ and the ‘non-resident parent’ (NRP) look old-fashioned and inflexible.  You may think they are only labels, but language is a powerful tool.

The CSA can take into account the fact that the NRP has the child or children for a significant number of nights during the year and this reduces the amount of child support that will be paid.  It’s better than nothing but it will still be a major irritant to the so-called NRP who has almost has much care of the children as the so-called parent with care.

I have often wondered whether this inflexibility would be judicially challenged.  Now it has:

Humphreys (FC) (Appellant) v The Commissioners for Her Majesty’s Revenue and Customs (Respondent).  Judgment was given on 16 May 2012.  The Appellant father had argued that the denial of sharing of CTC indirectly discriminated against men because men were more likely to have less care of children after separation.  HMRC conceded that the discrimination was real.  However, the court held that this discrimination, the ‘no-splitting rule’ was justified on public policy grounds as it was the best way to tackle child poverty and was therefore a reasonable approach for the state to adopt.  As an aside, Baroness Hale, in giving the unanimous judgement, thought it unhelpful that the family court did not have the power to make orders about splitting such benefits when it made orders about the welfare of children.  She said:

Unfortunately, the advent of the child support scheme has removed the possibility of doing justice from the courts. To restore it would obviously be the more rational solution to the problem under discussion.

That seems sensible to me and most other family lawyers I know.  Is the Government listening?