May 26, 2012 in child maintenance, Self-Representation, Variation maintenance by Alan Larkin | No comments 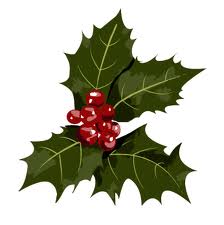 Full of cheer? The Christmas Order

Self-represenatation in family proceedings is difficult.  Many litigants in person, or ‘self-reppers’ find it hard to fund legal advice from a family specialist.  This is particularly so where the only dispute may be about an income claim such as child support because it is not as if you may recover a valuable asset or receive a lump sum out of which you can repay your legal fees at a later date.

When faced with a self-repper, a family solicitor (who, we must remember is an officer of the court) should try to assist the litigant in person to understand the process or the proposal being made.  This is not to say, that the solicitor must advise the self-repper: they cannot do that as it would be a conflict of interest with their role as an advisor to their own client.

I have a great deal of sympathy for self-reppers, as may be evident for any regular readers of this blog.  When facing them in court I go out of my way to be courteous and helpful, mindful always of the stressful nature of the proceedings in which we are all involved.  I have sometimes had self-reppers throw doubt upon my parentage, but I don’t mind as I know, in most cases, it is just the pressure of the situation getting to them.

Unfortunately, this pressure of the occasion at court can cloud the judgment or even hinder the understanding of self-reppers.  This is presuming of course, that the lawyer on the other side of the self-repper and the judge have sufficiently explained the situation to the self-repper.  This is the subject of a recent enquiry from a ‘troubled mum’:

My son settled in court to pay a woman he had a one night stand with £750.00 per month. This was at a stage 2 meeting. My son had to represent himself because he could not afford the legal fees. The barrister representing the applicant explained the order was a “christmas Order” which meant it could be looked at again if my son were to win the lottery or found himself without a job ( I was there I heard the barrister say this) We now have received a typed up copy of the court order that we agreed on the 3rd May to let a legal person look at it. We have been informed the words “Christmas Order” means it automatically goes up each year which we were definately not informed that this was the case. Can we ask the court to take out that clause because we were informed wrongly of its meaning please help this is a nightmare regards very troubled mum

As ever, with many of the enquiries I receive, I do not have all of the detail but my initial thoughts are as follows:

Although I must reiterate again that I cannot advise anybody on the pages of this blog, one option open to the father is an appeal against the court order.  It will be an appeal against a consent order which makes it difficult to say the least but it may be worth a try if the father is certain that the order was not explained to him by the judge and that if it had been explained to him, he would not have agreed to it. The guidance for making such an appeal is here.  However, the usual time period for making such an appeal is 21 days from the date of the order so that time period has already passed.  It is, however, still possible to make the application to appeal (out of time) and the father may be given more leeway because he is unrepresented.

BUT: remember that such an order is variable.  That is, if there is a significant change in the father’s circumstances such as the loss of a job or a significant pay cut then it is possible to have the amount of the maintenance varied downwards on an application back to the family court.  At the same time the court could be asked to simply drop the automatic renewal (the Christmas Order) aspect of the child support so that it could, if either parent wanted to, fall back within the jurisdiction of the CSA in the future.

My inclination, if this father needed to vary the order in the future, would be to invite the mother of this child to mediation.  Much less stressful than contested proceedings.