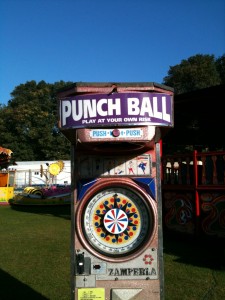 Fairness, like beauty, is in the eye of the beholder.  Both were in short supply on the occasion I represented a client at a Financial Dispute Resolution (FDR) hearing in an outer London county court whose architect had taken to heart the brutalist aesthetic of the early 1970’s.  My client had divorced his wife some 10 years previously and had been paying her maintenance ever since.  In the original court hearing my client had claimed that his wife was in a relationship of cohabitation with her new partner.  The wife vehemently denied this, my client’s lawyers had said it was a kite that would barely fly and so the case settled on the first day of the trial.

Fast forward to my involvement after the husband discovers that his ex-wife is shacked up with another man and they were happily settled in another jurisdiction.  My client didn’t care in the slightest about the relationship in itself but further investigation revealed that, surprise, surprise, the new man was in fact the same man about whom the husband had harboured suspicions a decade earlier. This new man was working.  Why, therefore, my client asked, should he carry on paying maintenance for his ex-wife when this spousal maintenance was directly contributing to the living standards of a man quite capable of earning his own living?

This was a case in which the children were grown up and quite independent of the former spouses.

My attempts to invite voluntary financial disclosure from the ex-wife with a view to negotiating a cessation or downwards variation of maintenance met with little success.  My client therefore had to issue variation proceedings (Matrimonial Causes Act, 1973, section 31) asking the court to either terminate his spousal maintenance payments or at least to reduce them.

The ex-wife made two attempts at producing her Form E but the contents were evasive to say the least. Eventually, I was able to obtain an admission that she had cohabited with her new partner for the past seven years.  It was clear that she had gone to considerable lengths to conceal the fact of the co-habitation from my client.  Legally, there was no reason for her to do so as the original court order from ten years ago, awarding her spousal maintenance, had not stipulated that the payments should end or be reduced in the event of her cohabitation with a new partner.

The proceedings were settled at the FDR with the wife agreeing a reduction in her spousal maintenance.  The judge, whose role at the FDR is to assist the parties to reach compromise and avoid the lottery and costs of a trial, was not required to reach any conclusions (what lawyers would call a finding of fact) about whether the former wife had deliberately attempted to conceal her co-habitation from my client, or whether she had attempted to mislead me, my client and the court by filing inadequate Forms E before making a late admission that she had, indeed, been cohabiting.  The judge was unwilling to comment adversely upon these matters and criticise the wife.  My client was not willing to incur the further expense of going to trial so that is why a deal was struck.

I had to explain to my client that if his ex-wife had married her new man, then the spousal maintenance payments would end automatically.  But shacking up was different.  The English family court does not regard a relationship of cohabitation as having the same gravity as one of marriage.  So, the logic goes, my client’s obligations to his ex-wife arising out of his marriage, were of such significance that they could not be displaced by the ‘inferior’ relationship of mere cohabitation entered into by his ex-wife.  He must continue to pay maintenance, enriching the joint financial position of his former wife and her new (working) partner.

Why then was the ex-wife so intent on concealing her new relationship when there was nothing in the original court order that would prevent her co-habiting and losing her spousal maintenance?  I think the answer is that she knew, instinctively, morally if you will, that it was wrong to continue receiving the maintenance when she was in a new and settled relationship.  That is why she concealed her partner.  I think this judicial attitude towards co-habitation has to change.  I consider it is out of step with how a significant proportion of the English population choose to lead their lives.   The Matrimonial Causes Act 1973 belongs to, well… 1973 and brutalist architecture.  Society has moved on since then.  Forty per cent of all children in this jurisdiction are born to unmarried couples.

I had hoped that Parliament would revisit the rights of cohabitants and in so doing, enable cohabitants to seek financial relief from each other in certain circumstances.   This would then open the way for ex-spouses to be relieved of their financial maintenance obligations when their ex was in a settled relationship of cohabitation with a new partner.  Unfortunately, the recommendations of the 2007 Law Commission Consultation Paper suggesting legal rights and remedies as between cohabitants was quietly shelved by the Government last week.  That is a spineless and neglectful decision.  Previous administrations have at least had the courage to wait until the Daily Mail ran an adverse editorial before running for the hills.  The present Government, whose earlier decision to take the axe to public funding for most family law cases, is hardly covering itself in progressive, legislative glory.